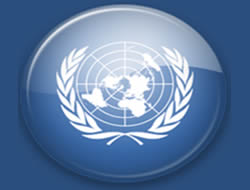 New York (USA) The General Assembly of the United Nations convened an informal meeting Friday on the fight against piracy in which it stressed the need to ?strengthen the capacity of the Somali authorities?.

New York (USA) The General Assembly of the United Nations convened an informal meeting Friday on the fight against piracy in which it stressed the need to ?strengthen the capacity of the Somali authorities? one week to the donor"s conference for Somalia to be held in Istanbul, Turkey, a UN statement received Saturday at APA disclosed. ?Without stability on the land, there will be no security at sea?, the Secretary-General Ban Ki-moon recalled at the informal meeting of the General Assembly.

?Despite efforts by the United Nations and the international community, acts of piracy are increasing, so much so that it could now be considered as the most frequently committed international crime?, Ban said.

The International Maritime Organization (IMO) has identified in 2009, some 406 attacks of shipping, 746 crew members taken hostage, eight sailors killed, 59 wounded. In all, 47 commercial vessels or boats had been diverted and ransoms extorted from ship owners represented US$60 million.

?The figures are alarming, we must support the devices that are in place and strengthen what needs to be strengthened?, said Ban Ki-moon.

?Piracy is a complex problem which has particularly destabilizing effects on security, stability and regional and international trade?, the Chairman of the General Assembly, Ali Treki recalled on the other hand.

The overwhelming majority of attacks in recent years have concentrated on the coast of Somalia where the establishment of international naval patrols has shifted the problem rather than solving it. Somali pirates have been expanding their radius of action to the coasts of Seychelles and Yemen, where a Greek ship with 23 people on board was taken hostage last Wednesday.

This news is a total 2745 time has been read