A source familiar with the matter said the deal was expected to be worth more than $1 billion. It would be the latest in a series of foreign direct investments into fast-growing Turkey.

The shipper's chief executive, Cuneyt Solakoglu, said his company expected to complete the sale before the end of September.

UN Ro-Ro, Turkey's leading roll-on roll-off shipping is jointly owned by 45 transport companies. It mandated Citigroup in November to sell a major stake and had said previously it expected to receive foreign bids for the stake by July.

"The partners who represent the 87 percent stake in the company which is being sold have approved today the proposal made by the KKR firm," Solakoglu said.

"In line with the exclusive agreement which we signed with KKR last week our talks will now begin and we expect that the sale of the company will be completed before the end of September," he said.

He said KKR had been chosen from a shortlist of five bidders, mostly foreigners.

The buyer will have an option to buy the remaining 13 percent within one month of the sale at the same price per share.

It operates a port in the Turkish town of Pendik and is planning another in Ambarli. 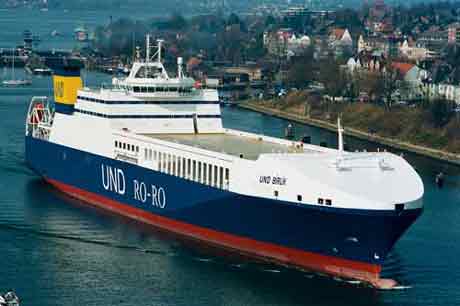 This news is a total 1089 time has been read