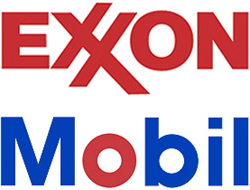 ExxonMobil has apparently lost its position as the top spot VLCC charterer after a three-year run.

ExxonMobil has apparently lost its position as the top spot VLCC charterer after a three-year run.

ExxonMobil has apparently lost its position as the top spot VLCC charterer after a three-year run. According to latest statistics from Poten and Partners, Unipec was the top spot VLCC charterer of 2008 with 120 fixtures, while ExxonMobil logged 118 spot fixtures IOC and Shell came in third and fourth with 114 and 78 fixtures respectively. PetroChina was a close fifth with 76 spot fixtures.

?Overall reported VLCC spot market activity is down 8% from 2007,? said the Poten and Partners report.

For the suezmax class, despite a decline in Shell's reported fixtures from 168 in 2007 to 149 last year, ?they easily maintained their top rank.?

Petrobras 'catapulted' to the number two position from their 2007 rank of seventh with 126 spot suezmax fixtures.

According to Poten and Partners, ?the aframax market reported a 350 plus increase in spot fixtures (8%), with Shell once again standing as top charterer by outpacing second-placed Clearlake's activity by 45%?.

Overall, Shell came out top for the total number of reported spot fixtures across all sizes, followed by ExxonMobil and BP.

Noteworthy top 10 charterers for 2008 include Petrobras which had climbed into ninth place from 2007's 16th place and Unipec which moved from number 14 in 2007 to number 10 last year.

According to Poten and Partners, ?the top spots continue to be dominated by major integrated oil companies. Trading companies also make their presence known in the market as several of the largest ones appear in the top 20.?

?A few nationally affiliated companies have significantly grown in the ranks, such as Statoil and PetroChina.?

This news is a total 561 time has been read