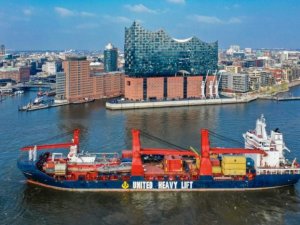 The nine vessels were reportedly chartered to Zeamarine under a leasing deal with CSSC Shipping but they will now work for UHL.

“Our mission is to expand our company’s position as front-runners for an eco-friendly heavy lift shipping industry,” Lars Rolner, founder of UHL, explained.

“The fleet of nine newbuilding F900 vessels is a perfect match for our sustainability policy… The carbon emission of the eco-friendly F900 vessels is 30- 50% lower compared to the existing heavy lift fleet in the market.”

According to Rolner, the company’s current newbuilding program focuses on “advanced and most modern” propulsion systems, in line with the UHL’s strategy aimed at reducing its carbon footprint.

What is more, the company revealed it bought two 2010-built multipurpose vessels, Zea Mahaweli and Zea Kelani, that would be renamed Veronica and Valentina, respectively. Both units will be entering into the West Africa service UHL is operating together with its partner Marguesa.

“The past half year, we have expanded our market presence by establishing offices in Kuala Lumpur and Bergen, Tokyo and Houston will be following in February and March,” UHL informed.

“The expansion is made in a joint venture with Ocean 7 and the offices will be operating under the name United O7.”

This news is a total 286 time has been read
Tags: Multipurpose, United Heavy Lift.