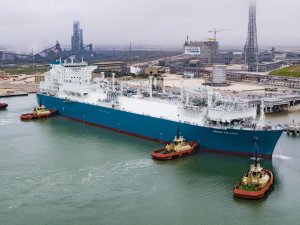 According to a report by the Department of Energy, U.S. LNG projects exported a total of 244.1 Billion cubic feet of LNG in March.

As noted, a large portion of U.S. LNG export volumes landed in European countries, although, South Korea has taken over the top importer spot during the month of March.

South Korea imported a total of 27.3 Bcf. It is followed by Spain, France and the United Kingdom with, 25.1 Bcf, 23.6 Bcf and 20.4 Bcf of LNG, respectively. Additionally, Japan rounded off the top five list of U.S. LNG importers, with 18.9 Bcf of LNG imported during the month under review.

The Department of Energy added that the average price of LNG exported in March reached $4.66 per mmBtu. This is a drop from $4.85 per mmBtu during February.

Since the United States started exporting domestically-produced LNG in February 2016, a total of 1,384 cargoes reached destinations in 35 countries. The total volume exported stood at over 4.5 Tcf at the end of March.

In addition, further 425 cargoes on ISO containers departed the United States during the same period adding further 1.2 Billion cubic feet of LNG also bumping the number of destinations to 38.

This news is a total 224 time has been read
Tags: U.S. LNG exports