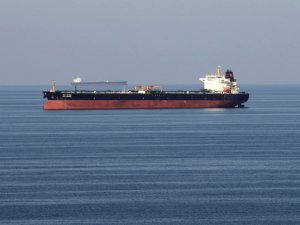 The United States has reissued an alert to commercial vessels in the Middle East to the maritime threat from the Iranian military and its proxies following the United States’ killing of Iranian general Qassem Soleimani.

The alert covers the Persian Gulf, Strait of Hormuz, Gulf of Oman, Arabian Sea, Red Sea, Gulf of Aden, and Indian Ocean.
“Multiple maritime threats have been reported in the vicinity of the geographic areas described above. On January 2, 2020, the U.S. military took decisive defensive action to protect U.S.

On January 2, 2020, the U.S. military took decisive defensive action to protect U.S. personnel abroad. The Iranian response to this action, if any, is unknown, but there remains the possibility of Iranian action against U.S. maritime interests in the region,” the alert states.
“The U.S. government is continually assessing the maritime security situation in the region to safeguard freedom of navigation, ensure the free flow of commerce, and protect U.S. vessels, personnel, and interests. U.S. Fifth Fleet Naval Cooperation and Guidance for Shipping (NCAGS) has the latest information on the dynamic maritime security threats and operational environment in this region. U.S. commercial vessels are advised to exercise caution and coordinate vessel voyage planning for transits of the Persian Gulf, Strait of Hormuz, Gulf of Oman, North Arabian Sea, Gulf of Aden, and Red Sea with NCAGS and follow NCAGS’s recommendations and guidance whenever possible,” the alert adds.
U.S. commercial vessels operating in this area are advised to review U.S. Maritime Advisory 2019-012, which was issued in August and remains active.
“Heightened military activity and increased political tensions in this region continue to pose serious threats to commercial vessels. Associated with these threats is a potential for miscalculation or misidentification that could lead to aggressive actions. Vessels operating in the Persian Gulf, Strait of Hormuz, and Gulf of Oman may also encounter GPS interference, bridge-to-bridge communications spoofing, and/or other communications jamming with little to no warning,” the 2019-012 advisory states.

This news is a total 546 time has been read
Tags: iran, strait of hormuz