Unprecedented Rise of Crew Kidnappings in Gulf of Guinea 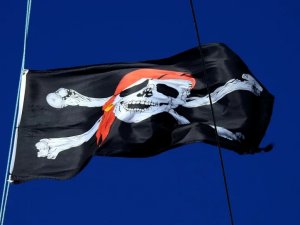 Despite overall piracy incidents declining in 2019, there was an alarming increase in crew kidnappings across the Gulf of Guinea the International Chamber of Commerce’s International Maritime Bureau’s (IMB) said in its annual piracy report.

In 2019, IMB’s Piracy Reporting Centre received 162 incidents of piracy and armed robbery against ships worldwide, in comparison to 201 reported incidents in 2018. The incidents included four hijacked vessels, 11 vessels fired upon, 17 attempted attacks, and 130 vessels boarded, according to the latest IMB figures.

The number of crew kidnapped in the Gulf of Guinea increased by more than 50% from 78 in 2018 to 121 in 2019. This equates to over 90% of global kidnappings reported at sea with 64 crew members kidnapped across six separate incidents in the last quarter of 2019 alone. The region accounted for 64 incidents including all four vessel hijackings that occurred in 2019, as well as 10 out of 11 vessels that reported coming under fire.

“We remain concerned that this region has recorded an unprecedented rise in crew kidnaps. These latest statistics confirm the importance of increased information exchange and coordination between vessels, reporting and response agencies in the Gulf of Guinea Region. Without the necessary reporting structures in place, we will be unable to accurately highlight the high-risk areas for seafarers and address the rise of piracy incidents in these persistently vulnerable waters,” Michael Howlett, Director of the ICC International Maritime Bureau, said.

Similarly, the Singapore Straits experienced a rise in armed robbery attacks with 12 reported incidents in 2019, including 11 in the last quarter of 2019. The same region accounted for just three incidents for the entirety of 2018.

IMB’s latest figures also report that vessels were successfully boarded in 10 incidents across the region last year. Despite this rise, IMB considers the intensity of the attacks in the Singapore Straits to be ‘low level’ and usually limited to armed robbery from the vessel.

“This is a distraction and potentially dangerous for the crew in control of the vessel whilst navigating through these congested waters,” continued Howlett.

Armed robbery attacks in Indonesian ports are down from 36 incidents in 2018 to 25 in 2019. Dialogue and coordination between the Indonesian Marine Police (IMP) and the IMB PRC has led to a decrease in regional incidents, according to the report.

Elsewhere, in the Indian sub-continent, Bangladesh reported zero incidents for 2019. This is the first time since 2015 that no piracy or armed robbery incidents have been reported around Bangladesh.

Across the Indian Ocean, Somalia reported zero piracy incidents, yet the IMB PRC advises that vessels and crews remain cautious when traveling through the region. In particular, the report warns that “Somali pirates continue to possess the capacity to carry out attacks in the Somali basin and wider Indian Ocean.”

This news is a total 133 time has been read
Tags: IMB Piracy Reporting Centre, kidnapping, piracy. Unprecedented Rise of Crew Kidnappings in Gulf of GuineaDespite overall piracy incidents declining in 2019, there was an alarming increase in crew kidnappings across the Gulf of Guinea the International Chamber of Commerce’s International Maritime Bureau’s (IMB) said in its annual piracy report. US to Target Other Russian Energy Projects After ‘Defeat' Over Nord Stream 2Donald Trump has reportedly signalled that he will sign the defence budget bill that was passed by the US Senate on Tuesday and targets companies building the Nord Stream 2 pipeline from Russia to Germany. Cost-effectiveness of Marine Outboard Engines is ForeseenMaritime industry has witnessed significant changes in the past couple of years. Presently, the industry appears to be partly driven by a paradigm shift in consumer demand from cruisers to day boats.