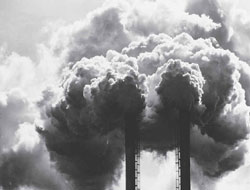 Isabella Loh said the industry had to accept there was an ?urgent need? to contain carbon dioxide (CO2) emissions. The other two 'truths' were that that global energy demand, including demand for transport fuels, was increasing and that resources were becoming more difficult to access.

Loh was taking part in a panel discussion on shipping and the environment organized by the Singapore-based Business Times.

?Clearly, there is much to be done,? she said.

?It is generally agreed that we need to reduce CO2 levels in the atmosphere if we want to avoid climate change impacts beyond those we are already seeing.?

In other comments, Loh said that much could be done by shipping ?to halve the use of energy.?

She claimed that only 30% of marine fuel was used to power the vessel, the rest was dissipated as heat.
Meanwhile, said Loh, shipping was actively addressing environmental challenges. Working with the International Maritime Organization's (IM0), it had embarked on a programme to reduce sulphur emissions from ships.

The next step, she said, was for shipowners and operators to engage their customers in sharing information about what they were doing to address environmental concerns.

She also said tests by SMP had shown that marine gasoil produced by gas-to-liquids (GTL) technology could have major benefits for the environment.

SMP has been conducting tests, in partnership with a European ferry operator, using GTL gasoil as a replacement for conventional marine gasoil in a marine auxiliary engine.

This news is a total 1037 time has been read