US ascends to top of oil export leagues 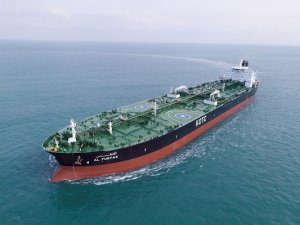 For US oil exporters, the news is all good. The monthly report just released by the International Energy Agency (IEA) has put the US at the top of the oil exporting league, albeit temporarily – for a short period in June.

The IEA wrote that booming shale production enabled the US to catch up, and briefly overtake, Saudi Arabia as the world’s top oil exporter. The release of the report came at a time that representatives from the oil export group OPEC+, who have were meeting to discuss measures that might prop up oil prices, including output cuts – which were not agreed.

August data from the US Department of Energy revealed record US oil production, at circa 12.5m barrels per day (bpd). At a time that the US mantra is very much about “Energy Dominance”, the US Energy Secretary, Rick Perry (Governor of Texas before assuming the role in the Trump cabinet), was set to hold a press conference, jointly, with Dr. Fatih Birol, reviewing the state of the markets.

The role of shale oil in this US growth spurt, and record production, is well known. Consultants Rystad Energy, in a mid-September report, wrote: “In the past decade, crude oil coming from shale patches such as the Permian in the US has grown from a negligible contributor to an upstream behemoth, reshaping the industry and the oil market….US Light Tight Oil (LTO) represented less than 1% of global oil supply just nine years ago. Today, US LTO represents close to 10% of total global oil supply, a percentage which is expected to continue its ascent going forward.” Production in the Permian Basin was set to reach above 4.4m bpd, according to the US Department of Energy.

The impacts of the damaging strike on the Saudi oil processing facilities of mid-September will likely be short term in nature, and the Saudis are said to have ample supply on hand. However, the longer term effects are more psychological; the Saudi supply apparatus now shows vulnerabilities, upping the perceived importance of alternative oil sources, which will of course include the US fields and future export facilities discussed here.

US export facilities around the Texas coast are set to grow dramatically. More than 3m bpd of pipeline capacity from the Permian area (in west Texas) into the Corpus Christi region is on the drawing board. In mid-August, the energy trader Trafigura and mid-streamer Buckeye announced that Trafigura had received its first delivery of Permian crude oil at the Buckeye Texas Partners terminal in Corpus Christi, at Ingleside, where loadings of VLCCs are in the cards, via a newly commissioned part of Plains All American’s Cactus II pipeline (a 26 inch line).

A second onshore effort sees the Port of Corpus Christi Authority (PCCA) leasing land to a joint venture spearheaded by the investment packager Carlyle Group to build “Lone Star Ports”, an almost VLCC-capable export terminal on Harbor Island, at an old Exxon import terminal, near Port Aransas. The consortium has also been discussing sourcing with operators of pipelines that would feed Eagle Ford and Permian production into Corpus Christi.

There are multiple additional crude export terminals, some onshore and others offshore, under consideration- though by no means a certainty. Oil company Phillips 66, an investor in the Buckeye Terminal, onshore, has been exploring a terminal – codenamed “Bluewater” – that would load VLCCs 20 miles out from Corpus Christi, in the Gulf of Mexico.

This news is a total 774 time has been read
Tags: oil exports, shale oil, trump, US, US oil exports