US crude oil production rises for 11th time in 14 weeks 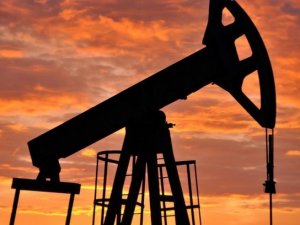 Crude output in US reaches 9.4 million barrels a day

Crude oil production in the U.S. has increased for the eleventh time in the past 14 weeks, according to the Energy Information Administration (EIA) data on Wednesday.

Production of crude rose by 59,000 barrels per day (bpd) to 9.4 million bpd for the week ending July 7, the EIA data showed.

After the increase in crude production, oil prices showed some losses on Wednesday.

American benchmark West Texas Intermediate fell to $45.45 per barrel, while the international benchmark Brent crude declined to $47.71 a barrel, shortly after the EIA data release.

Commercial crude oil inventories, on the other hand, decreased by 7.6 million barrels, or 1.5 percent, to 495.4 million barrels for the week ending July 7, according to the EIA.

Strategic petroleum reserves, which are not included in commercial inventories, fell by 3.2 million barrels, or 0.5 percent, to 678.9 million barrels during the same period.

"Last week’s fall in crude stocks was mainly driven by a decline in net imports," Joseph Oyegoke, a commodities economist at London-based Capital Economics, said in a note.

This news is a total 786 time has been read
Tags: US crude oil production rises for 11th time in 14 weeks