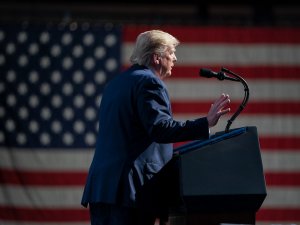 The U.S. Treasury Department has extended the deadline to companies that deal with COSCO Shipping Tanker (Dalian) to wind down their transactions with the company and its units, pushing the target time to February 4, 2020.

Under the previous ruling, the companies had time until December 20, 2019, to wrap up their operations with the blacklisted COSCO subsidiaries, targeted over alleged breaches of the US sanctions on Iran.

The sanctions were imposed as the companies continued carrying Iranian crude after the exemptions granted last year to China, South Korea, Japan, India, and Turkey expired in May this year.

The US has been unforgiving in its efforts to curb any influx of cash into Iran as part of maximum economic pressure on the country over its alleged role in supporting terrorism in the region and its nuclear program.

This news is a total 673 time has been read
Tags: COSCO Dalian, Donald Trump, Iran, Sanctions.