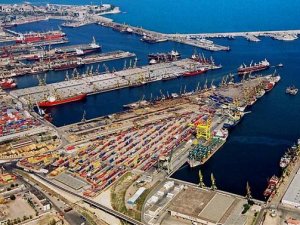 Kara Aylward, the Deputy Economic Counselor of the United States Embassy in Bucharest, met this week with the management of Constanta’s port, expressing interest in the harbor’s economic potential.

The US official, who is in charge with transports, wanted to know the activity in the Romanian sea ports, the main infrastructure projects and their implementation phase, reports local Economica.net.

This news is a total 5479 time has been read
Tags: romania, port, constanta, turkishmaritime