"US must stop harassing OPEC" 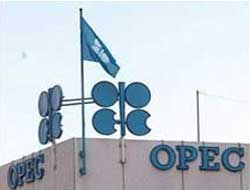 Badri: US must stop harassing OPEC

"As the world's major power, I want them to stop harassing OPEC countries," he told the Spanish newspaper El Pais, when asked about a move by the US Congress to allow the Justice Department to sue OPEC members for high prices. "With the boycott of Libya, the boycott of Iran and the problem created in Iraq, there are five to six million barrels per day lacking on the market," the Libyan official said.

The soaring price of oil is not due to "the myth" of the lack of supplies as some consumer governments have said, but to speculation sparked by the subprime lending crisis in the United States, he said.

"In reality, it's all quite simple to explain: the subprime crisis last summer in the United States had a bad effect on stock markets. Investors are looking for other (financial) products and commodities have become the most attractive for speculation," he said.

The OPEC secretary general also criticised a warning Tuesday by the International Energy Agency of looming tensions over crude oil supply from 2010.

"With the current high level of prices, we cannot say that there will be tension on the market," he said.

The industrialised world's energy watchdog stressed in a report on medium-term prospects for the oil market that growth in supply would outpace demand in the next few years before pressures built up again from 2010.

The IEA based its assumptions in its 2008 Medium-Term Market Report on oil costing 110 dollars per barrel over the next five years to 2013, double the figure it used in last year's report.

This news is a total 669 time has been read