US Senator McCain introduces bill to repeal the Jones Act 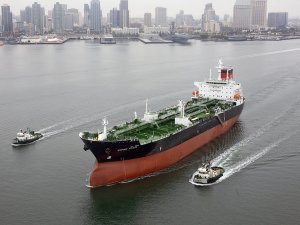 Senior US Senator John McCain has introduced legislation to repeal the Jones Act, which requires all marine cargo ships travelling between US ports to be American.

The Act, which dates to 1920, mandates that such vessels be US-made, US-flagged and US owned as well as being crewed by US citizens or permanent residents.

McCain, Republican from Arizona and a celebrated veteran of the Vietnam War, is pushing a bill called the Open America's Waters act of 2017.

He uses anti-protectionist and pro-free trade arguments to support his case, saying: I have long advocated the repeal of the Jones Act, an archaic and burdensome law that hinders free trade, stifles the economy, and ultimately harms consumers.

''My legislation would eliminate this regulation, freeing American shippers from the requirement that they act against their own business interests.''

''By allowing US shippers to purchase affordable foreign-made carriers, this legislation would recude shipping costs, make American farmers and businesses more competitive in the global marketplace, and bring down the cost of goods and services for American consumers.''

But supporters of the Jones Act have repeatedly repelled similar attempts at legislation, citing the potential risks it would pose to national security and the damage it would do to employment in the US shipbuilding and merchant marine industries.

This news is a total 566 time has been read
Tags: US Senator McCain introduces bill to repeal the Jones Act