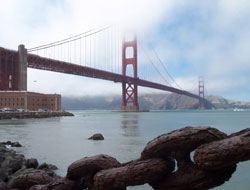 From 19 December 2008, all commercial vessels 79 feet (24.08 meters) in length or greater with discharges of pollutants will become subject to the EPA VGP requirements.

From 19 December 2008, all commercial vessels 79 feet (24.08 meters) in length or greater with discharges of pollutants will become subject to the EPA VGP requirements.

Members have previously been informed that from 19 December 2008, all commercial vessels 79 feet (24.08 meters) in length or greater with discharges of pollutants incidental to their normal operation, including but not limited to ballast water discharges, into the US three mile territorial sea or inland waters will become subject to the EPA final Vessel General Permit (VGP) requirements and will ultimately need individual permit coverage. On 18 December 2008, at the request of the involved parties, the US District Court for the Northern District of California issued an order delaying the effective date of vacating the long-standing EPA regulations which excludes certain vessel discharges from the permitting requirements of the Clean Water Act until 6 February 2009. As such, the current exemption (40 C.F.R. § 122.3(a)) will remain in place until that date.

The EPA advises that the effective date of the VGP will still remain as 19 December 2008. However, the EPA will not actually require permit authorisation and owners will not need to comply with the terms of the finalised VGP requirements until 6 February 2009.
EPA has now issued the final, though not official, VGP requirements and members whose vessels will be calling at US ports are strongly recommended to ensure compliance with the requirements found in the finalised EPA VGP.

EPA may not issue a permit authorising discharges in the waters of a State until that State has granted certification under the Clean Water Act (CWA) or has waived its right to certify. As of the issuance date of the permit, the States of Alaska and Hawaii have not yet granted, denied, or waived certifications pursuant to the CWA. Therefore the permit does not yet provide coverage in these jurisdictions. EPA will announce the availability of coverage under the VGP discharges in these jurisdictions as soon as it receives the appropriate certifications or waivers.

As previously advised, to obtain permit authorisation, the owner or operator of a vessel that is either 300 or more gross tons or has the capacity to hold or discharge more than 8 cubic meters (2113 gallons) of ballast water is required to submit a Notice of Intent (NOI) to receive permit coverage from 19 June, 2009 but no later than 19 September, 2009.

Vessels that are less than 300 gross tons or are able to carry or discharge no more than 8 cubic meters of ballast water capacity are not required to submit a NOI and will automatically be authorised to discharge according to the VGP requirements.

The electronic NOI filing system is expected to by operational by late Spring 2009. In addition, the EPA will require a one-time report containing additional vessel information for each vessel between 30 and 36 months after obtaining coverage under the VGP.

Failure to meet any requirement of the VGP will constitute an enforceable permit violation. EPA has included reporting requirements in the VGP that ensure that EPA, and other parties as necessary, are made aware of potential permit violations. It is highlighted that all vessels equipped with ballast tanks that operate in waters of the United States must continue to meet the reporting requirements of 33 C.F.R. § 151.2041 and recordkeeping requirements of 33 C.F.R. § 151.2045 regarding ballast water discharges. The VGP details other spills and unauthorized discharges which must be reported to the EPA within 24 hours of becoming aware of the discharge should it endanger health or the environment. Otherwise, under the VGP, vessel owners/operators must report all incidents of non-compliance with the permit at least once a year to the appropriate EPA regional office.

Summary of Significant Changes from Proposed VGP to Final VGP

The final VGP addresses 26 vessel discharge streams by establishing effluent limits, including Best Management Practices (BMPs), to control the discharge of the waste streams and constituents found in those waste streams, a list of these are contained in the Annex to this Circular. For each discharge type, among other things, the final permit establishes effluent limits pertaining to the constituents found in the effluent, including BMPs designed to decrease the amount of constituents entering the waste stream.
The final VGP differs from the proposed permit in several ways. These changes include modifying the graywater discharge requirements for existing medium cruise ships unable to voyage more than 1 nautical mile (nm) from shore, adding requirements for the discharge of pool and spa water from cruise ships, prohibiting the discharge of tetrachloroethylene degreasers, expanding the prohibition against discharge of Tributyltin to a prohibition against discharge of any organotin compounds, and the addition of whole effluent toxicity testing to the requirements for vessels employing a ballast water treatment system which discharge certain biocides. Other changes made include combining three discharge categories into a new category that includes all oil to sea interfaces, modifying discharges and limits for large ferries, and additional clarifications added to several cruise ship discharges.

The VGP also requires routine self-inspection and monitoring of all areas of the vessel that the permit addresses. The routine self-inspection must be documented in the ship"s logbook. Analytical monitoring is required for certain types of vessels. The VGP also requires comprehensive annual vessel inspections, to ensure even the hard-to-reach areas of the vessel are inspected for permit compliance.

This news is a total 664 time has been read