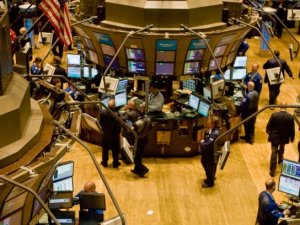 American stocks were flat on the last trading day of the week Thursday.

The stock market ended a rally of five consecutive weekly gains, except the Dow which rose an average of 0.2 percent to mark a sixth weekly gain.

Volatility in the oil market caused American benchmark West Texas Intermediate, which begun the day at $39.73 per barrel, to fluctuate between $38.34 and $39.77 a barrel. International benchmark Brent crude started the day at $40.51 per barrel, but moved between $39.21 and $40.64.

Oil prices decreased around 4 percent Wednesday as weekly U.S. crude inventories increased more than expected. But after data by oilfield services company Baker Hughes revealed the number of oil rigs in the U.S. decreased by 15 to 372 this week, some downward pressure on oil prices were relieved.

Markets will be closed Friday in observance of the Easter holiday.

This news is a total 7389 time has been read
Tags: US stock market ends week flat, Turkish, Maritime