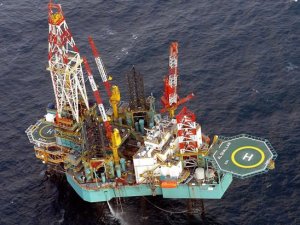 Abu Dhabi National Oil Co (Adnoc) secured approval for its five-year spending campaign during a period when the nation’s oil output is curtailed by Opec restrictions imposed after this year’s global coronavirus pandemic led to a slump in oil demand and prices.

Budget approval has come as oil prices are beginning to rise again, currently at an eight-month high of US$48/barrel, on the positive news of Covid vaccine developments and returning demand in China.

The UAE is one of Opec’s biggest oil producers. Adnoc has raised oil production capacity to 4M barrels per day (b/d) this year and plans to increase this further to 5M b/d by 2030 through a combination of new projects and existing field upgrades.

This is compared to Opec’s cap on the UAE’s output of around 2.6M b/d until the end of this year. Adnoc’s new budget is a slight increase from the previous one, thought to be US$119Bn for investments between 2019 and 2024.

But it is less than anticipated, with Synergy Offshore chief executive Fazel Fazelbhoy estimating it would be US$130Bn, representing US$26Bn per year.

He said funds allocated to the US$30Bn expansion of the Upper Zakum field infrastructure were delayed by Covid. This would have raised output by 1M b/d by 2024. “The big Dalma Sour Gas development project (US$1.5Bn investment) was awarded then cancelled due to Covid, with retenders delayed,” said Mr Fazelbhoy. On the Hail and Ghasha projects, where investment is anticipated to be US$12Bn, only one of the five expected offshore packages are proceeding – construction of artificial islands, “with the other four packages delayed due to Covid” said Mr Fazelbhoy.

However, as of mid-November, less than half of these requirements had been contracted, including 10 PSVs, four utility vessels, two landing craft, two DSVs, two well stimulation vessels, an anchor handler and a crew boat.

Reduced offshore vessel demand has led to an increase in vessel layups and lower utilisation.

Mr Fazelbhoy said OSV working utilisation in the Middle East was around 85% and more than 100 vessels were stacked.