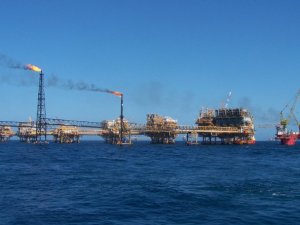 USA and Cuba signed agreements for maritime border in the Gulf of Mexico, which opens ability for Cuba to explore and develop its offshore oil resources.

The US State Department signed the bilateral treaty to outline the shared maritime boundary in the eastern waters of the Gulf of Mexico, starting just over 200 nautical miles off the coast of Tampa Bay and Florida, long known as the Eastern Gap. According to the agreement Cuba gets around 10% of the Eastern Gap. The offshore zone of Cuba is considered as oil rich waters, but until now there was no clear owner because it fell just beyond the maritime boundaries of the United States, Cuba and Mexico. The provisions of the treaty had been agreed upon under the Carter administration but were never formalized.

“The treaty is consistent with the longstanding US goals to resolve our outstanding maritime boundaries and promote maritime safety and protection of the marine environment”, said the US government in a statement.

Trilateral discussions begun in mid-2016 on the maritime territorial issue were concluded by the end of the year.

Several times Cuba had invited drillers to lease around the gap area, but the tenders were unsuccessful exactly because of the uncertainty over who owns the gap. Now the country can continue with development of the offshore blocks, but need to make several steps before completing the oil production. The area needs to have seismic survey and blocks need to be determined. Finally, if an undersea oil reservoir extends from one nation’s waters into another. This might take several years, but definitely will open door for Cuba to new economic development through oil and gas production.

This news is a total 1052 time has been read
Tags: USA and Cuba signed agreements for maritime border in the Gulf of Mexico