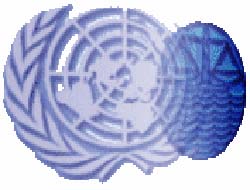 United Nations Convention on Law of the Seas (UNCLOS) has never been ratified by USA.

USA positive to ratification of UNCLOS

United Nations Convention on Law of the Seas (UNCLOS) has never been ratified by USA.

During the Arctic Ocean Conference on Greenland, USA has given clear indications that they might change view on this issue.

During the Arctic Ocean Conference in Ilulissat on Greenland this week, the UN Convention on Law of the Seas has been one of the main topics of debate.

According to Norwegian Newspaper Stavanger Aftenblad, USA is about to change their views on this issue. The American delegation, lead by the US vice foreign minister, John D. Negroponte, has given clear indications that they want to start negotiations which can end up with a ratification of the agreement. According to Norwegian foreign minister Jonas Gahr Støre the initiative comes from President George W. Bush himself.

The other nations were uncertain of how USA would handle this issue, but it now seems that the Americans have the same opinion as the other costal states of the arctic. But an approval of UNCLOS would have to be decided in Congress, which is a time consuming and far from easy process. The American presidential election is this autumn and the negotiations will probably continue with the next administration in the White House.