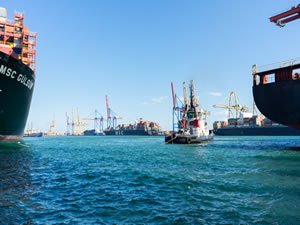 The Port of Valencia has reaffirmed its position as the best connected port in Spain and fourth best in Europe in Q3, according to the United Nations Conference on Trade and Development (UNCTAD).

The Port Liner Shipping Connectivity Index (LSCI) shows that the Port has improved its position by a few tenths to 68.86 and remained the 21st best connected port in the world.

The LSCI evaluates more than 900 container ports throughout the world to examine efficiency of port installations to facilitate market access for companies.

Additionally, it looks at the importance of a port in maritime traffic and infrastructure development. In the European sphere, the Port of Valencia has consolidated the position it reached in Q2, where it surpassed the ports of Bremen, Le Havre or Piraeus.

Rotterdam, Antwerp and Hamburg are in the first three positions on the European grid, while Le Havre is in fifth place, Bremerhaven sixth, Barcelona seventh, Algeciras eighth, Piraeus ninth and London Gateway tenth.

The leading European ports are in seventh and eighth position respectively, Rotterdam and Antwerp, whilst Hamburg as the third European port is in 15th place (down by one).

In Spain Valencia is ahead of Barcelona and Algeciras, which sit in 26th and 27th position respectfully.

The LSCI uses different variables to calculate the connectivity of ports such as how many shipping companies operate at a port, the number of scheduled services it offers, the average TEU capacity offered vessels and the maximum size of ships that operate at the port.

It also looks ar the number of other ports it is directly connected to.