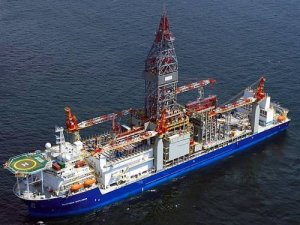 Offshore drilling company Vantage Drilling International saw its net loss shrink in the first quarter of 2020 on the back of higher revenues.

Vantage said on Tuesday that its reported net loss attributable to controlling interest was approximately $30.6 million, a better result than the $47.9 million loss in the first quarter of 2019.

Deepwater utilization almost doubled in the first quarter of this year with 61.8 per cent, a major rise from the 32.5 per cent in the 1Q from the previous year.

Ihab Toma, CEO of Vantage, said: “Despite the challenges presented by COVID-19 and the resulting global economic crisis, I am very proud to report another quarter of excellent operational results, with seven of our eight assets working during the quarter and producing a revenue efficiency of 99 per cent.

“During the quarter we successfully took redelivery of the Soehanah jack-up rig after completion of its bareboat charter contract, completed project work required to achieve Vantage’s operational standards on the rig, and redeployed the rig under a drilling contract in Indonesia.

“Unfortunately, we also recognize that uncertainties surrounding the containment of COVID-19, the resulting economic crisis and the oversupply of oil worldwide will present significant challenges to our industry.

“However, with our healthy balance sheet and our proven agility in managing costs, we are well-positioned to navigate through these unprecedented times”.

This news is a total 365 time has been read
Tags: Vantage Drilling