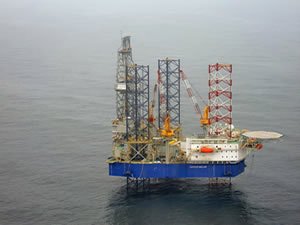 Offshore drilling contractor Vantage Drilling has been awarded a contract for one of its jack-up drilling rigs by Trident Energy.

In its fleet status report this week, Vantage said that the Sapphire Driller has been awarded two firm wells with Trident Energy in Equatorial Guinea.

The contract with Trident also includes five options and is scheduled to start in the second quarter of 2021.

Vantage has not revealed any further details about the contract, including the day rate, but Bassoe Offshore estimates it to be around $75,000.

The Ceiba field and Okume complex are located in the Gulf of Guinea, in water depths ranging from 50m to 800m.

Trident is the operator of the G Block producing-fields, while Kosmos operates the surrounding exploration acreage: Block S, Block W and Block EG-21.

Eni exercised a one-year option on the existing contract for the Sapphire Driller jack-up rig in Congo back in October 2019. This contract started during the second quarter of 2020.