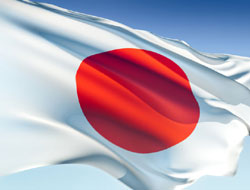 Japan is considering sending military ships to fight pirates off the coast of Somalia.

Japan is considering sending military ships to fight pirates off the coast of Somalia.

Japan is considering sending military ships to fight pirates off the coast of Somalia, officials said Wednesday."We have to do something against pirates. We are considering various options, including sending Self-Defense Force ships or patrol vessels," said Foreign Ministry official Mitsuhiro Kobayashi. The Japanese military is known as the Self-Defense Force. Japan is considering the deployment of military ships after the U.N. Security Council in early December extended for another year its authorization for countries to enter Somalia's territorial waters, with advance notice, and use "all necessary means" to stop acts of piracy and armed robbery at sea, Kobayashi said.

Piracy has taken an increasing toll on international shipping, especially in the Gulf of Aden, one of the world's busiest sea lanes. Pirates have made an estimated $30 million hijacking ships for ransom this year, seizing more than 40 vessels off Somalia's 1,880-mile (3,000-kilometer) coastline.

Japan's government said no Japanese ships have been hijacked this year, but pirates fired at three Japanese vessels. No one was injured.

There are over a dozen warships guarding Somalia's waters. Countries as diverse as Britain, Iran, America, France and Germany have naval forces off the Somali coast or on their way there.

China was also to send warships on Friday to protect its vessels and crews from pirates. The warships are armed with special forces and helicopters and China plans to share information with other countries working in the area.

Somalia, a nation of about 8 million people, has not had a functioning government since warlords overthrew a dictator in 1991 and then turned on each other. The current government, formed in 2004 with the help of the U.N. and backed by Ethiopia, has failed to protect citizens while it battles a growing Islamist insurgency.

This news is a total 526 time has been read