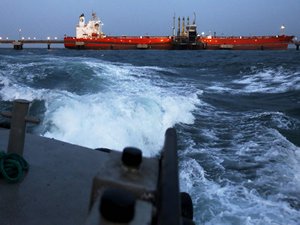 Venezuela’s oil exports fell to a historic low of 359,000 barrels per day (bpd) in October as most of state-run PDVSA’s long-term clients paused trade to meet a U.S. deadline to halt business with the firm, according to data seen by Reuters on Monday.

The United States set an October-November deadline for PDVSA’s long-term customers – including Italy Eni, Spain’s Repsol and India’s Reliance Industries – to stop oil swaps it had authorized this year as exceptions to sanctions on Venezuela.

None of those companies loaded cargoes of Venezuelan crude in October, shrinking PDVSA’s portfolio of customers, according to internal documents from the state company seen by Reuters as well as Refinitiv Eikon vessel tracking data.

Thailand’s Tipco Asphalt took a cargo of Venezuela’s crude on the tanker Explorer and it has at least two more cargoes about to depart in November before winding down trade with PDVSA, according to the data. A total of 26 vessels set sail from the sanctioned nation last month.

The 359,000 bpd they exported is the lowest monthly average since early 1943, according to figures from Venezuela’s oil ministry.

PDVSA and its joint ventures exported 381,000 bpd in June and 388,000 bpd in July, but shipments had bounced to 440,000 bpd in August and 703,000 bpd in September, helped by last-minute purchases by their traditional customers, according to the internal PDVSA documents and Eikon data.

PDVSA did not immediately reply to a request for comment.

The main destination for Venezuela’s oil in October was Asia, with about one third of total exports, followed by Cuba with some 104,000 bpd.

Venezuela’s exports are increasingly difficult to track since a growing portion of oil shipments originates in ship-to-ship operations, not at PDVSA’s ports. In October, PDVSA inaugurated a new spot for transferring crude between tankers near La Borracha island off the nation’s eastern coast.