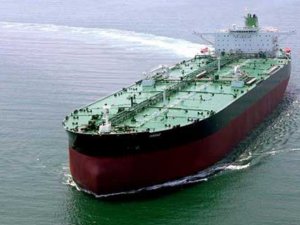 Exxon was seen booking the Esther Baikal to load a 70,000 mt cargo for a Covenas-US Gulf Coast run at Worldscale 117.5 without a reported loading date as market chatter centered on a pair of Venezuelan liftings on subjects at w122.5.

Valero had the Aries Sun booked for what sources said would be a Venezuela-USGC run loading a 70,000 mt cargo on May 31 at w122.5. The Caribbean-USGC assessment ticked up w0.5 day on day to w120 as a result of firmer rates being paid or asked for in the Venezuelan market.

“I think Venezuela is just bad news, something will happen sooner rather than later and everyone will catch wind and boom everyone says no [we won’t call there],” a source close to the market said as market chatter was heard of shipowner resistance to calling in Venezuela.

Rumors abounded of vessel arrests due to financial liens on cargoes associated with Venezuelan oil assets, but firm details were hard to come by. “Venezuela is having issues with just about everything that comes along with not being able to pay and not having money [to maintain ongoing crude operations],” said one source.

Owners were looking for a w5 premium to load in Venezuela over other locations in the Caribbean amid the ongoing issues. There were some players who saw no premium in favor of one market and saw Venezuela versus non-Venezuela loadings at parity.

A source with a shipowner said it “depends who you ask but I am rating any Caribs cargo at no less than” w122.5. Others remained perplexed by the situation, stating information on the ground was hard to come by.

“I am wondering what the … rates are because it seems like people tried to sit back to take out steam for rates, but it doesn’t change the picture [in Venezuela] too much,” a shipbroker said.

From the start of May through the middle of the month, the scenario was reversed, with the US importing 3.95 million barrels of crude from Colombia, compared with 7.6 million barrels from Venezuela, according to US Customs Bureau data compiled by Platts Analytics.

This news is a total 704 time has been read
Tags: Venezuelan Loadings Require a Premium in Caribbean Aframax Market