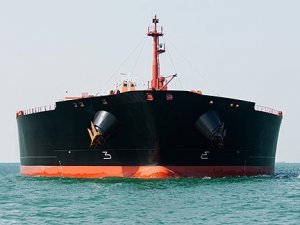 A backlog of tankers around Venezuela has eased in recent days after state-run firm PDVSA paid pending invoices to oil suppliers and ship owners, according to trading sources and Reuters vessel tracking data.

Some 12 tankers carrying refined products were still waiting to discharge around PDVSA's ports in Jose, Puerto la Cruz, El Palito, Paraguana and Curacao as of Wednesday, but another six could finally deliver after weeks of delay, the data say.

The accumulation started in November when tankers carrying refined products - most of them imported by PDVSA from the U.S. Gulf Coast in the middle of refining problems - arrived along with purchases of African crudes for blending.

A 1 million-barrel cargo of Nigeria's Qua Iboe crude bought last month by PDVSA from trading firm Helsinge Inc arrived in Curacao this week, but it later changed its destination to Jose port and has not been discharged yet. Two previous crude cargoes of the same size were discharged in recent days after payments were made, traders said.

"PDVSA finally paid most suppliers in cash," said a source from an international trading company that sold a product cargo to PDVSA through an intermediary to minimize payment risks. The money was transferred after several weeks of delay.

Other suppliers were willing to accept Venezuelan crude or products as payment, according to trading sources close to the deals, but it is still unclear who is assuming demurrage costs.

The state-run firm had made mandatory payments to bond holders just weeks before imports were ordered, so it ran out of cash and could not pay suppliers on time, even though many sales were made under a type of prepayment to avoid pending debts, the sources added.

The company has said it is importing under open credit agreements, letters of credit and prepayments.

This news is a total 5369 time has been read