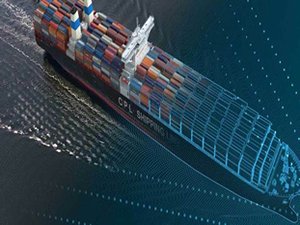 Experts stressed the importance of the holy trinity of standardisation, data sharing and transparency at Riviera’s webinar on Voyage and vessel optimisation when making port calls

Mr Björnsson said real-time optimisation was made possible when vessels were able to receive real-time weather and sea-state forecasts and terminal data. While improvements in connectivity and modelling have helped Marorka provide customers with efficient speed profiles for voyages, Mr Björnsson said the question of data sharing remains an issue.

He suggested the industry needs to have standards in place for data sharing and must incentivise companies to share operational data.

Building on these sentiments, Mr van Scherpenzeel said data sharing is burdened by the differing standards and formats present throughout the industry. While standardisation will require co-operation, investments in implementation and cultural change, he said it also involves scoping. Any data sharing process has to be applicable geographically as well as across operational types and profiles, and must be based on international safety, environment and security regulations.

For example, Mr van Scherpenzeel explained berth planning in the context of vessels and ports that are not linked by a central database. Most ports are run by a public body while the terminals are managed by private organisations.

“Berth planning is dictated by a terminal. The access to the terminal is through a public waterway, normally organised by the public authority with the help of a service provider for nautical services. That collaboration is key to our customers who arrive at the port," he said.

"It is important for ports, terminals and service providers to realise one planning system that allows ships to arrive at port at a safe, sustainable speed."

Citing a practical case of a mariner receiving conflicting navigational data, Captain Nair showed how this could lead to efficiency losses throughout the supply chain.

"Now, when ships come to port, the data [a mariner] has on [a] chart or publication does not match the information [he or she is] getting from the port authorities or the agents. To put that in perspective, just a difference of 10 cm between a chart and the port’s data can mean a loading difference of 2,000 tonnes on a VLCC. And as a master you will probably err on the side of safety," he said.

Noting the delays and costs incurred due to a lack of data sharing, Captain van de Ven said "shipping is not linear; sharing data helps us react at any time".

“We still see container vessels up to 20,000 TEU waiting for bunker barges that are delayed. This is about being aware of how different parts in the chain are active,” she said.

Captain van de Ven said she expects standardisation will be driven by IMO, and supported by industry bodies like BIMCO and Intertanko.

The experts also pointed out it is important to incentivise change in addition to creating a standard. Noting that “incentives work better than regulations” Mr van Scherpenzeel said by modifying contracts, masters can be incentivised to share data without fear of breaching the contract.

Recognising that companies have widely varying levels of digital maturity, he said “You have to work with them slowly, find what works best for each user and finally bring them towards one common standard.”

Mr Bjönsson said Marorka places emphasis on a practical approach. He said performance management has benefited from increased transparency between owners, charterers and managers and is expected to be useful in vessel optimisation. But, he said, standards alone cannot improve performance.

Finally, Captain Nair said existing data can be used for optimisation. And Captain van de Ven, stressing the need for more willingness within shipping to adapt to new technology, said "Our industry is quite conservative. We want things to work right before we step into it. Let’s try to make this digitalisation journey together."

Some 74% of webinar attendees felt that current regulations encourage digitalisation and 43% agreed with our panel that willingness is the biggest barrier to further digitalisation in the industry. Further, 73% of attendees said their company has a clear idea of digitalisation in the coming years with 39% suggesting there is a clear roadmap for the next five years. A strong majority at 80% said they expect to see full IoT connected vessels between 2025 and 2030.

You can view this webinar and all of the webinars from Riviera’s Vessel Optimisation Webinar Week, in full, in our webinar library.