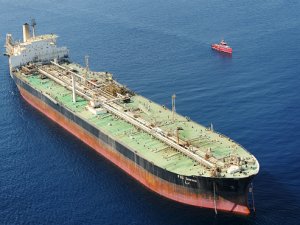 Following the lifting of sanctions against the Islamic Republic of Iran in early 2016, seaborne demand for Iranian crude has more than doubled, according to a report released by VesselsValue.

In the past five years, the greatest demand for Iranian crude came from China, Japan and South Korea, respectively.

Excluding the Iranian domestic trade the most journeys of crude were made to China with 105 journeys recorded in 2016. Next was India at 85 journeys and this was followed by the UAE at 58 journeys.

Shipments last year were made using VLCC, Suezmax and some Aframax tonnage. China, India and UAE have always been stalwart importers of Iranian crude, VesselsValue informed.

New players in the mix following the removal of sanctions include France with 21 journeys in 2016, while Italy took 15 shipments, Greece fourteen and Spain thirteen shipments.

“It is no surprise that historically Itan’s national tanker line NITC is the largest provider of tonnage. In 2015 companies operating on the trades out of Iran came from a very different demographic to after the sanctions,” VesselsValue said.

Image Courtesy: VesselsValue
Besides NITC, top operators in 2015 included COSCO, Idemitsu, Irano Hind, JX Ocean and K Line. This group changed in 2016 to begin to include owners from Greece and Belgium.

The influx of Greek owners has also significantly increased the number of Suezmaxes on the trade rising from 15 to 81 vessels employed.

In the face of the Organization for Petroleum Exporting Countries’ (OPEC) cuts, Iran has increased production over January by over 50,000 barrels per day. And with shipments almost doubling, Iran is regaining considerable market share.

At the start of February, the US President Donald Trump announced new sanctions on Iranian and Chinese interests following a missile test by Iran in January.

“Tensions are hot between Iran and the US and any further provocations from Iran could find their crude export programme curtailed once more,” VesselsValue said.

This news is a total 1057 time has been read
Tags: VesselsValue: Demand for Iran’s Crude Doubled