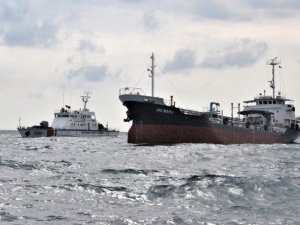 A Mongolian-flagged tanker was arrested in Vietnamese waters over an alleged illegal ship-to-ship (STS) transfer of oil with a Vietnamese-flagged vessel.

The Vietnam Coast Guard (VCG) said the vessel in question was the 1993-built Oki Maru, which was seized and transferred to a coast guard command where it will remain for the duration of the investigation.

The VCG did not identify the Vietnam-flagged vessel that received oil from the Mongolian-flagged tanker. MSI Predicts Dismal Q1 for Bulker OperatorsDry bulk carrier operators don’t seem to have a lot of reasons to be jolly as they enter 2020 with higher fuel costs, weaker demand, and a supply-side influx swirl into a perfect storm.