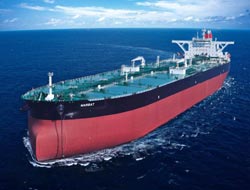 The lull in activity in the VLCC spot market, which has been validating bearish oil demand forecasts, shows no sign of ending.

The lull in activity in the VLCC spot market, which has been validating bearish oil demand forecasts, shows no sign of ending.

The lull in activity in the VLCC spot market, which has been validating bearish oil demand forecasts, shows no sign of ending. Brokers are surprised that activity was low again last week, given that the March cargo programme is running at less than half of its normal rate. ?It's been yet another very quiet week in the VLCC market with benchmark rates easing lower. With the March cargo programme running way behind normal, an increase in activity had become generally expected,? said Bassøe last Friday.

?If anything, however, the market has become even slower.?

Brokers reported around WS 42 for double hull MEG-East VLCC voyages fixed last week, down from the average WS 47 done in the previous week.

MEG-West voyages stayed flat, but fixtures to move West African crude oil to the US Gulf did firm up from WS 52.5 to about WS 57.

Average cash break-even earnings for the VLCC spot market is below $25,000 per day per vessel, but break-even rates are calculated differently across the industry, with some companies like Frontline Ltd. reporting its break-even rate to be as high as $34,700 per VLCC.

According to one analyst, ?it all depends on how break-even is calculated. It can cover operating costs, which are around $8,700 per day, but could be much higher if it covers capital costs.?

The lull in activity started to be a significant cause for worry after an expected surge in activity in the last week of February, when players returning from International Petroleum Week, failed to materialise.

?Not only is the market unusually quiet, but a couple of early April stems have also appeared, indicating that the backlog of remaining March cargoes may not be all that big,? said Bassøe.

?If that's the case, life looks set to become even more difficult for owners next week,? Bassøe said last Friday.

Falling global oil demand and OPEC supply cuts are the reasons for the slowdown in activity in the VLCC spot markets.

According to one, ?there are more ships fighting for each cargo."

Exacerbating the situation are reports that the volume of crude oil being kept in floating storage is likely to shrink because global crude inventories may have peaked.

Analysts have been quoted saying that the US inventory situation has stabilised over the past four weeks, providing an early indication of a more global trend.

Barclays Capital expects ?floating storage to continue to be reduced, with the new initiative to hold such storage being curtailed.?

These latest forecasts have come just as a senior Frontline Ltd. official confirmed last week that at least 80 million barrels of crude oil are being stored aboard VLCCs worldwide, despite OPEC's supply cuts.

Given that a VLCC on average carries about 1.8 million barrels, there could be 45 VLCCs currently employed for floating storage purposes.

According to statistics from Drewry Shipping Consultants, 45 VLCCs translates to about 9% of the global VLCC fleet.

The return of 45 VLCCs back into availability on the spot market "would be disastrous for rates," according to one broker.

This news is a total 4702 time has been read