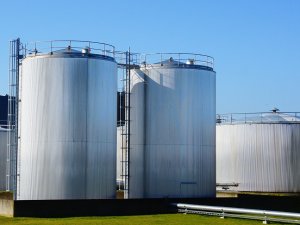 In April 2019, Vopak reached an agreement with First State Investments for the sale of 100% of the shares in Vopak Terminal Algeciras. Previously, Vopak had an 80% controlling stake in the facility.

The completion of this transaction is subject to customary closing conditions, the company said.

The total transaction value agreed with First State Investments for 100% of the shares in the Algeciras terminal is EUR 125 million (around USD 138 million) and the transaction is expected to generate a net pre-tax cash inflow for Vopak of approximately EUR 120 million at completion.

Vopak added that the total expected exceptional gain before taxation will be around EUR 10 million.

At the end of September 2019, Vopak completed the sale of its terminals in Amsterdam and Hamburg to First State Investments for EUR 600 million.

The divestments are part of the company’s strategy focused on industrial, chemical and gas terminals as well as strengthening its presence in Rotterdam and Antwerp.

This news is a total 220 time has been read
Tags: Algeciras, Terminal, Vopak.