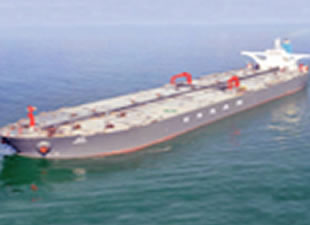 Rates on the Persian Gulf-Far East route, basis 270,000 mt, have risen w14 this week from w60 on Monday to a w74 assessment on Friday. The rising Persian Gulf market has encouraged Eastern ballasters to return to the Persian Gulf rather than sail to West Africa, shipping sources said. This has caused a tightening of the WAF tonnage list and a resulting rise in freight rates.

Also restricting tonnage in the Atlantic region has been an open fuel oil arbitrage from Rotterdam to Singapore, with three VLCCs fixed on the route in just over a week.
Shipping sources said the market should be able to stay around current levels until Christmas. “The consensus is that this market can stay where it is, or maybe even move up a bit more in the PG,” a shipowner said. “There’s reasonable strength there, WAF-East should stay in the high w60s.”

On the fixture front, Shell was heard to have put the Kokkari on subs at w72.5 for a WAF-Indonesia voyage with a January 16-20 laycan. Sources said that a deadweight restriction of 300,000 mt at Cilacap meant charterers had a smaller choice of vessels when discharging there, hence the higher freight rate.

This news is a total 1839 time has been read
Tags: West African, a rising Persian Gulf market, Christmas