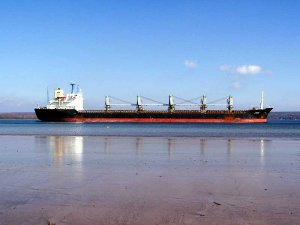 One of the UK’s largest trade associations has said ministers are only now appreciating the importance of post-Brexit arrangements for the flow of imports and exports at ports, after a wake-up moment during the summer recess.

Speaking to The Telegraph, James Hookham, deputy chief executive of the Freight Transport Association (FTA), whose members operate nearly half of UK lorries, 90pc of freight moved by rail; and 70pc of UK sea and air exports said that: “Until recently, there were cabinet members who just didn’t understand what the [Brexit] repercussions could be.

“There’s definitely been an omg [oh my god] moment in the cabinet over the summer, when they’ve come to understand what’s at stake and how soon the consumer would notice goods not on the shelves and manufacturing plants would start shutting down.That’s taken some doing, I can tell you,” he said.

His comments come as large-scale port operators have called to give Free Port status to many UK ports, including Teesport, in order to mitigate the impact of any post-Brexit customs arrangements by having tax free zones in order to attract manufactures and stimulate exports.
Chief executive of Dover’s port, Tim Waggott, has also warned of gridlock if new technologies and logistics plans are not adopted before the UK leaves the EU in March 2019.

Mr Hookham added that while he believed that the Chancellor’s experience as transport secretary during the coalition meant Mr Hammond appreciated the need for supply chain continuity others were far less engaged with the issues, until recently.

“The big conversion was Liam Fox, who at the end of August accepted the need for a transitional period, having been the first to suggest leaving the Customs Union as early as October last year, three months before the Prime Minister announced this in her Lancaster House speech,” said the FTA leader.

The union boss also criticised what he described as Boris Johnson’s disingenuous attitude towards critical supply chains. Adding that while, in the long term, the Foreign Secretary’s view could be correct, trade disruption would only be effectively managed “because the logistics and supply chain managers of this country will have worked their butts off to ensure this is so.”

“It is our contention that the politicians now adopting a more measured view on the speed and nature of Brexit have probably come to understand the way the country they govern actually works,” he said.

A government spokesman said: “As the Prime Minister has just set out, we are seeking a time-limited implementation period which will give people and businesses across the UK time to adjust to the new arrangements in a smooth and orderly way.

“UK ports are critical to global trading activity and it’s in both the UK and the EU’s interest to make future trade as frictionless as possible. In August we published ambitious proposals for a new customs arrangement with the EU, and our new Customs Declaration Service IT system will support international trade by quickly processing all required customs declarations electronically.”

This news is a total 527 time has been read
Tags: Wake-up moment for ministers puts ports high on Brexit agenda