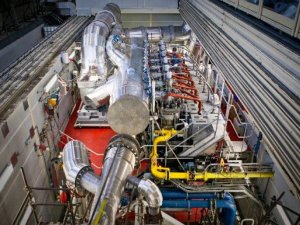 “Being close to our customers in order to serve them better is central to Wärtsilä’s global strategy. It is an honour to be sharing this day with our joint venture partners, CSSC, one of China’s most modern industrial corporations. Together, we are supporting China’s shipping industry’s move into the age of LNG fuel,” commented Wärtsilä’s president & ceo Jaakko Eskola .

The joint venture was established in July, 2014 with CSSC holding 51% of the shares and Wärtsilä the remaining 49%.

This news is a total 911 time has been read
Tags: Wärtsilä CSSC joint venture opens facility in China