Wary investors warned about ‘the next Swiber’ 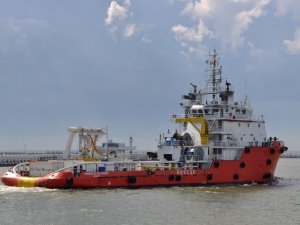 The report, Sifting For Signs of the Next Swiber, noted Swiber’s financial ratios and liquidity profile based on end-2015 are typical of companies that it rates ‘B-‘ or lower.

“Between 1981 and 2015, companies rated in the ‘B’ category were 20x more likely to default within a year than ‘BBB’-rated companies,” said Elena Okorochenko, S&P Global Ratings’ head of Asia-Pacific (ex Japan).

The analyst suggested Swiber’s demise was easy to see from afar given its dire financial results in recent quarters. Key lender DBS has come in for much criticism for continuing to funnel capital Swiber’s way in the weeks running up to its decision to seek judicial management.

Okorochenko warned that the possibility of further credit stress and defaults in the sector remains.“With lenders’ discomfort about extending credit to oil and oil-related companies, refinancing risk is likely to grow. We hope that investors will have sufficient tools and benchmarks to spot the next Swiber,” Okorochenko said.

“The reality is the balance sheets of these companies cannot meet their debt / bond commitments. Working capital was used to grow bad businesses and with reduced revenues they don’t have the cash to survive let alone pay debt,” said Mike Meade, founder of offshore brokerage M3 Marine.

A survey carried by Singapore’s Business Times earlier this week showed the precarious financial state of many of Singapore’s offshore listed firms. In the wake of the demise of Swiber Holdings last month, most offshore-related firms on the Singapore Exchange have been severely rattled.

This news is a total 18885 time has been read
Tags: Wary investors warned about ‘the next Swiber’, turkıshmaritime