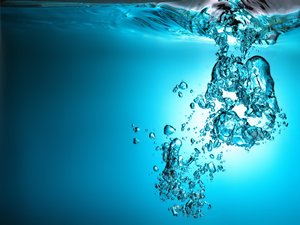 Now because of our environment, our state's power and air pollution has grown out of control. As a result, harmful emissions from power plants shot up last year, soaring in the fall and air-conditioned summer turning from crunch to crisis.

Everything - from plants to people and animals depend on water. A plant's roots function as a water pump. The water acts as a solvent that conveys minerals and nutrients from the roots to the leaves. The water then evaporates and falls back to the soil to perform its function in the life cycle once again.

The Sacramento region provides 60% of 22 million acre-feet of water which flows into the Delta. An acre is approximately the size of a football field. An acre-foot is the amount of water covering one acre to the depth of one foot. One acre-foot of water (325,829 gallons) is enough to supply two families of 4 for one whole year.

The total quantity of oil spilled by tankers between 1970 and 2000 was 5,322,000 tons. The largest oil spill occurred in 1979 when the Atlantic Empress collided with the Aegean Captain in the Caribbean, resulting in a spill of 287,000 tons of oil. The Exxon Valdez spill was only about the 34th largest oil spill.

There is no lack of issues to take up. Repeated warnings have come from individuals and organizations about the dangers of water pollution. Still the situation looks very bleak. One billion people do not have access to safe drinking water. According to TIME magazine, 3.4 million people die each year from water-related diseases.

Now because of our environment, our state's power and air pollution has grown out of control. As a result, harmful emissions from power plants shot up last year, soaring in the fall and air-conditioned summer turning from crunch to crisis.

Running at full tilt, fossil fuel plants emit tons of pollution over the course of a year. Carbon dioxide emissions, from the thirty-one power plants monitored by the Federal EPA, totaled nearly twenty-eight million tons during the first nine months of last year. That was a 52% increase over the amount reported by the same period in 1999.

I ask you how many forest fires are coming up this summer? The number of forest fires increase annually and is harder on our trees and ozone. Over the last century the average temperature in Fresno, California has increased from 61.9 degrees (1899-1928) to 63.3 degrees (1966-1995), which is a twenty percent increase.

This news is a total 2259 time has been read
Tags: water is life