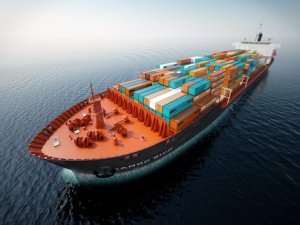 The Shanghai Containerized Freight Index (SCFI) went down 4.8% from the previous week to 797.78 points in the week of Nov. 4, despite the fact that it was already in the middle of the peak season.

The trade route to Europe, a decrease in container movement urged some carriers to accept shipments at lower freight rates. Spot rates from Shanghai fell 2.9% to $708 per TEU. Likewise, those to the Mediterranean declined 2.1% to $706 per TEU.

On the U.S. route, freight movement slowed down due to the trade friction between Washington and Beijing. Freight rates depreciated 11.8% to $1,351 per FEU to the west coast of North America, and 6.8% to $2,398 per FEU to the east coast.

On the trade to the Middle East Gulf, some operators drove down freight rates, which diminished 2.3% to $755 per TEU. Those to Australia and New Zealand also dipped, as shipping line took relevant actions, plunging 10% to 1,056 per TEU. On the route to South America, freight rates increased notably earlier in the month, but as carrier took measures to lower them, they plummeted 10.1% to 1,389 per TEU.

This news is a total 177 time has been read
Tags: SHANGHAI CONTAINERIZED FREIGHT INDEX (SCFI)