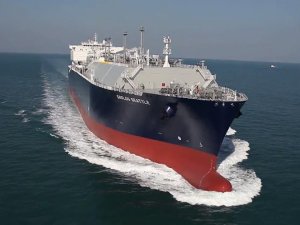 The company attributed the decrease to the increased depreciation and operating costs due to the increased fleet and lower daily hire rate resulting from the vessels operating in the current weak spot market under the Cool Pool with Dynagas and Golar, launched on October 1st, 2015.

During the third quarter, Gaslog completed the dropdown of three vessels to GasLog Partners LP for USD 483 million.

The Cool Pool currently consists of 14 vessels, three vessels from GasLog, three from Dynagas and eight from Golar.

“Our contracted vessels performed strongly and we have been pleased by the performance of the Cool Pool in its initial weeks of operation. GasLog also completed its largest financing to date, raising USD 1.3 billion to fund its eight vessel newbuild program. The lenders were a combination of new and existing lenders along with the Korean export credit agencies. This financing demonstrates the banks’ strong appetite to lend to high quality companies with good assets and strong contracts. As the vessels deliver over the next four years, it is anticipated that the equity component of the newbuilding program will be funded by cash on GasLog’s balance sheet and operational cash flow,” Paul Wogan, Chief Executive Officer, commented.

Vessel operating and supervision costs were USD 29.6 million for the quarter, up from USD 20.9 million year-on-year.

The increase in revenues, vessel operating and supervision costs and depreciation of fixed assets was mainly attributable to the increase in operating days from the company’s increased fleet.

“The vessel operating and supervision costs were further affected by the increased technical maintenance expenses for repairs that were undertaken during the drydockings of two of our vessels and the increase in the unchartered days,” the company added.

Post quarter end, GasLog was informed by BG Group of their intention to declare the extension option on the contract of the GasLog Savannah by a further twelve months plus a number of optional periods out to 2023.

“With the price of LNG declining over the last year, particularly in Asia, we are seeing new demand centers emerging and growing requirements from existing importing nations looking to take advantage of cheaper gas, such as India. The number of importing countries is expected to rise rapidly as the next wave of LNG supply starts to enter the market.

This news is a total 3747 time has been read
Tags: GasLog, LNG, The Cool Pool.