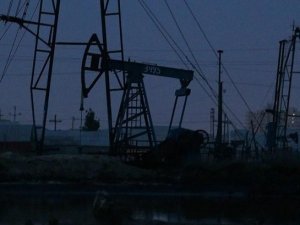 Decrease in US oil imports by average of 1.13 million barrels a day in single week reflects largest fall in more than a year

Weekly oil imports in the U.S. declined substantially for the week ending Feb. 5, and brought down crude inventories in the country, according to the U.S.' Energy Information Administration (EIA) data Wednesday.

Oil imports fell by a massive 1.13 million barrels per day (mbpd) on average for the week ending Feb. 5, to reach 7.12 mbpd, from 8.25 mbpd the previous week, the EIA data showed.

The steep decline in U.S. oil imports is largely caused by the falling domestic crude oil prices in the country. The American oil benchmark West Texas Intermediate (WTI) has been around $3-$4 per barrel lower than the global benchmark Brent crude. This has allowed refineries and other consumers in the U.S. to buy domestic crude, instead of importing from overseas.

Crude oil inventories in the U.S. decreased by a total of 0.8 million barrels, or 0.1 percent, for the week ending Feb. 5 to reach 502 million barrels.

The report noted that this was "the largest weekly decline for more than a year."

After the EIA data showed the decline in crude inventories in the U.S., the spread between WTI and Brent widened.

WTI fell as low as $27.27 per barrel on Wednesday, marking a 7 percent decline. Meanwhile, Brent crude was up as high as $31.88 per barrel, marking a 3 percent increase. This widened the spread between the two benchmarks by more than $4 per barrel.

However, U.S. crude stocks still remain high, and are expected to keep a downward pressure on WTI.

"Despite the slight fall in crude inventories, the bigger picture is that stocks remain extremely large, both in the U.S. and globally. As a result, we don't expect the market to rebalance until the second half of the year," Oliver Jones, author of the report and assistant economist at Capital Economics said.

The U.S. agency also announced on Tuesday at its monthly Short-Term Energy Outlook that it has lowered price estimates for Brent this year, to an average of $38 per barrel in 2016, from its previous estimate of $40 per barrel in last month's report.

The EIA also anticipates that the spread between the two benchmarks will disappear in 2016, as a result of "competition between the two crudes in the U.S. Gulf Coast refinery market." The Gulf Coast is where domestic WTI and imported Brent meet, where they are bargained against one another by traders and refineries.

The administration said it expects the price of WTI to average the same as Brent crude this year, although it did not specify when this would happen.

The administration also said it forecasts a decline in U.S. domestic oil production from an average of 9.4 mbpd in 2015, to 8.7 mbpd in 2016 and 8.5 mbpd in 2017, due to low oil prices' negative impact on crude production in the country.

"The forecast reflects an extended decline in onshore production driven by persistently low oil prices," the EIA's report noted, and stressed that domestic oil output in the country has decreased by some 600,000 barrels a day since it last peaked in April 2015 with an average of almost 9.6 mbpd.

The EIA also warned that if WTI prices remain below $40 per barrel, production in the U.S. would continue to decline since many small scaled oil companies in the country would not easily see a return on their investments.

"The expectation of reduced cash flows in 2016 and 2017 has prompted many companies to scale back investment programs, deferring major new undertakings until a sustained price recovery occurs. The prospect of higher interest rates and tighter lending conditions will likely limit the availability of capital for many smaller producers," the agency explained.

This news is a total 2547 time has been read
Tags: Weekly US oil imports decline brings crude stocks down, Turkish, Maritime