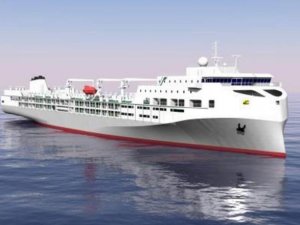 Australian livestock ship owner and operator Wellard Limited has, through its subsidiary Wellard Ships, reached an agreement to further defer the delivery of the livestock carrier Ocean Kelpie, currently being built by Croatian shipyard Uljanik.

The delivery is now expected to take place within the third quarter of fiscal year 2019, a year later than the previously agreed delivery date.

Wellard said that the substantive terms of the shipbuilding contract remain the same and that there is no penalty payment and liquidated damages remain in place in case of late delivery based on the new delivery date.

The company added that all stage payments will be postponed by the same time.

Ocean Kelpie, ordered by the company in the first half of 2015, was first scheduled to join its owner in the second half of 2017, however, the company reached an agreement to postpone the delivery in July this year.

This news is a total 3335 time has been read
Tags: Wellard Pushes Delivery of Livestock Carrier Again