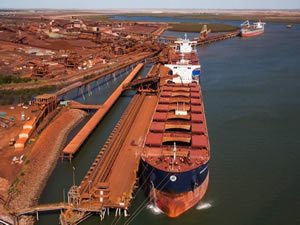 With cases rising of ships arriving in Western Australia with crew infected by coronavirus, local politicians are talking of turning vessels away.

Similar conversations are being had in other Australian states including Queensland while to the south New Zealand is also debating what to do with ships where known cases of Covid-19 are onboard.

Mark McGowan, the premier of Western Australia, told parliament on Tuesday that state authorities were working to determine whether they could turn infected vessels around, after dealing with four outbreaks on ships in local waters in three weeks.

“We are still looking at and getting as much information as we can on whether or not we can just turn ships around that turn up with infected seafarers, so that we send a message to the shipping companies and to the importers and exporters,” McGowan said, adding:

“The problem with that of course, is if we launch that policy, is that they then may not tell us … that they have infected seafarers on board.”

Western Australia’s health minister Roger Cook earlier this month called for mining companies to seek alternative places for crew other than Manila after two ships arrived at Port Hedland from the Philippine capital with confirmed Covid-19 cases onboard.

“The logistics of these potential changes are still being investigated,” a spokesperson for Western Australia’s Chamber of Minerals and Energy .

This news is a total 1356 time has been read
Tags: Port Hedland , Philippine , Queensland , Covid-19