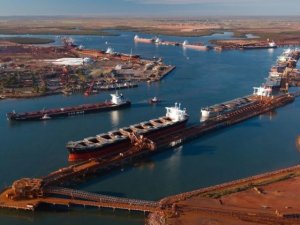 The State Government this month announced it will begin offering a 50 percent discount in port dues to bulk vessels bunkering with LNG at Pilbara ports beginning July 1, 2020. The discount, which is expected to save around $20,000 per vessel refueling, will remain in place for five years. If taken up, the discounts could be worth up to $5.3 million by 2025.

The government says LNG bunkering at Pilbara could create around 125 jobs and support global efforts to reduce carbon emissions.

The Pilbara Ports Authority controls Western Australia’s Port of Port Hedland, Port of Dampier, and Port of Ashburton. Pilbara is already a leading production hub for LNG, with the Port of Dampier exporting over 22 million tonnes of LNG per year.

Transitioning iron ore exports from heavy fuel oil vessels to LNG fueled vessels could reduce carbon emissions by up to six million tonnes per annum, according to the McGowan Government.

“Major resources companies have already tendered for LNG-fuelled bulk vessels to carry iron ore from the Pilbara, and are beginning negotiations about where to bunker those ships,” said Ports Minister Alannah MacTiernan. “We’ve moved quickly to capitalize on this opportunity before our competitors in South East Asia claim the mantle.”

The government views LNG fuel as a transitioning fuel in shipping’s push to reduce or even eliminate greenhouse gas emissions from ships based on the International Maritime Organization’s guidelines.

This news is a total 1029 time has been read
Tags: australia, lng bunkering, western australia