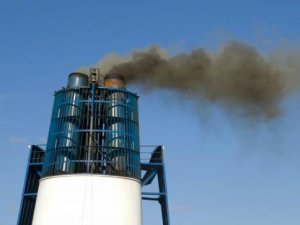 Jaques believes that IMO regulations on sulphur emissions are essential and timely but that they are certainly not without complication.

Ships’ costs structures will change as increased bunker costs are unavoidable due to the latest 0.1% Sulphur Directive for the Emission Control Areas (ECAs), which came into effect January 1, according to Karen Jacques, Dryad Maritime’s Director for Asia Pacific.

There will inevitably also be additional costs associated with the requirement for additional bunkering to carry the necessary volumes of the different grades of bunkers, as well as the requirement for engine modifications (due mainly to difference in oil viscosity) and the considerable costs of these projects across shipping fleets.

As there are no means by which the sulphur content of the fuel oil once loaded can be altered on board, it is necessary to ensure that the fuel oils loaded meet the required limits and that, in the case of ECA compliant fuel oils, this compliance is not compromised by mixing with other, higher-sulphur fuel oils either in bunker tanks or in the transfer system. There are complications associated with dual storage (in order to cater for the storage of different grades of bunkers on board). In many cases there will likely be a requirement for a sub-division of tanks and possibly the need for more frequent bunkering.

The administrative burden of managing the operational changes associated with the introduction of the new sulphur limits will also have a significant impact. With such a strict restriction, the ship’s crew will need to ensure that they avoid loading compliant fuel oils into otherwise part filled storage, settling or service tanks, and be certain that in the course of transfer operations such fuel oils do not become mixed with other higher-sulphur content fuel oils, so that only the fuel oil actually used within the applicable limit is used within the ECA.

Prior to entry into the ECA, a full change-over to ECA compliant fuel oil will need to be implemented. There will be requirements for new on board written procedures as to how these routines will be undertaken, as well as record keeping at each change-over to record the fuel oil quantities, the date, time and position of the ship when either completing the change-over prior to entry or commencing change-over after exit from such areas. These records will need to be entered in a logbook or as prescribed by the ship’s Flag State.

Jaques believes that IMO regulations on sulphur emissions are essential and timely but that they are certainly not without complication. Patience, time and significant financial and management resource will be required, throughout the short and medium term, to accommodate their introduction.