What New Threats to Strategic Stability in Asia Did 2019 Bring? 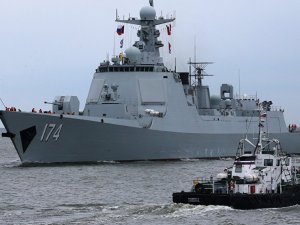 The year 2019 has become a turning point in relations between great nuclear powers. According to Russian military expert Vasily Kashin, this has had a direct effect on the strategic situation in Asia.

In 2019, the United States withdrew from the 1987 INF Treaty, and immediately tested missiles banned by the agreement (cruise and ballistic). Apparently, the US originally aimed at withdrawing from the treaty, while accusing Russia was a deliberate lie in order to shift the responsibility for that to Moscow.

The United States' real goal was to deploy medium-range missiles in Asia in order to keep an eye on China's growing missile and nuclear capabilities. But they won't succeed easily.

An active diplomatic struggle has already unfolded in the Asia-Pacific region. Generally, the United States, unofficially, is trying to exert pressure on its partners in the region to secure their agreement on the future deployment of American medium-range missiles. China is taking preventive diplomatic steps to avoid this.

This is proven by the Chinese Foreign Ministry's statement in August 2019 warning Asia-Pacific countries not to agree to the deployment of American missiles. Japan, South Korea, and Australia were separately mentioned as the most likely regions where the missiles would be deployed.

There is no doubt the countries that deploy such missiles will face extreme pressure from China. In 2016-2017, when THAAD missile defence systems were deployed in South Korea, Beijing imposed tough (although not officially announced) economic sanctions on Seoul, which greatly affected South Korean businesses. It can be assumed that if a US strike weapon is deployed in some Asia-Pacific country, the consequences will be much more serious.

The struggle over strategic weapons deployment was a characteristic feature of the Cold War between the Soviet Union and the United States. At that time, the most dangerous crises were associated with the deployment of medium-range missiles.

It should be assumed that future missile crises in Asia will be no less dangerous. Their main participants will be the United States and China; at the same time, third countries will also be involved.

Russia and China already agree in principle on strategic stability issues; their common vision for these issues is recorded in joint statements adopted by the heads of the two countries in 2016 and 2019. On the other hand, the United States will try to strengthen its alliances in Asia and entice Europeans into containing China.