What the Russia-Ukraine standoff means for global shipping 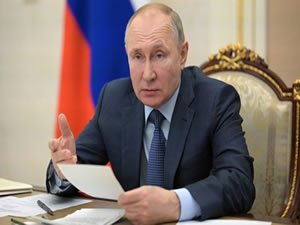 With Europe on edge about a possible conflict between Ukraine and Russia, shipowners around the world are eyeing the potential disruption and resulting extended tonne-mile scenario as a spur for earnings.

There are around 100,000 Russian troops massed on the border with Ukraine and frantic diplomatic efforts are ongoing to avoid an invasion.

Russia’s importance to European energy cannot be understated. Eurostat data shows that Russia delivered 46.8% of natural gas imports to Europe during the first semester last year. Russia’s share of oil was 24.7%, ahead of Norway’s 9.1% and Kazakhstan’s 8.9%.

The country is also the top supplier of coal to the continent. Russian and Ukrainian wheat exports combined, meanwhile, total about a quarter of the global trade.

Russia exported about 7.6m barrels per day of crude and refined products to the rest of the world in 2021 – three times as much as Iran. Russian oil exports represent 8% of global oil demand, a tenth of the global seaborne oil trade volume and about 7% of international tanker tonne-miles according to data from Braemar ACM.

Europe currently accounts for two-thirds of Russian crude exports, half its fuel oil exports and about three-quarters of its CPP exports. Just how much of this could be redirected by Moscow to clients in Asia, led by India and China, remains to be seen. One other possible line of action that Europe and the US might take in the event of an invasion is to put sanctions on the Russian-owned fleet, something that has stymied trade for the likes of Iran and Venezuela in recent years., Nearly 2% of the global tanker fleet is owned or controlled by Russian interests, according to Braemar ACM.

Ownership is most concentrated in the aframax fleet, with almost 8% of the global aframax fleet owned by Russian interests.

In terms of the repercussions for the LNG trades, analysts at broker Affinity note that the US is gearing up to offer greater volumes of gas to Europe. Likewise, China has started reselling some LNG cargoes to Europe while Australia has said it is ready to send gas shipments to Europe too.

“The huge tonne-miles involved in LNG being transported from Australia to Europe would bode well for the LNG carrier markets, in addition to volumes originating from Qatar, with the loss of Russian natural gas via pipeline,” Affinity pointed out in a recent note to clients.

In dry bulk, grain volumes out of the Black Sea, particularly corn and wheat, may face “some headwinds” in the near term as a result of friction in the region, Braemar ACM warned in a recent note. For coal, Europe would have few options if Russia was barred. Imports of Russian steam coal into Europe, of which the majority ships to Germany, Belgium and the Netherlands, totalled 33.6m tonnes in 2021, increasing by 23% year-on-year.

“Although the EU may intend on looking elsewhere for coal in the event sanctions were put in place, it will be difficult to secure equal volumes from other sources. Supply constraints in other key suppliers in the Atlantic basin, namely Colombia and the US have contributed to an already tight coal market.

Danish container analysts at Sea-Intelligence have pointed out too that the escalating crisis carries a risk element for shipping services into the ports in Ukraine, but also has a risk element related to cyber-attacks against infrastructure – such as shipping and ports – in many NATO countries. Finally, there is the issue of crews, with both Ukraine and Russia being among the most important sourcing nations in the world.

This news is a total 870 time has been read
Tags: Russia , Ukraine , global shipping