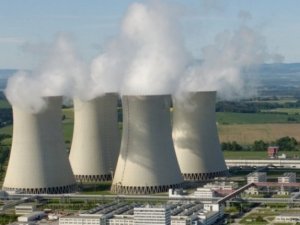 Finnish energy consortium, Fennovoima, revealed information on a surprise shareholder from Croatia on July 1, as Finland's Economy Ministry sought clarification on the unknown newcomer to the consortium which is due to build a nuclear power plant.

Voimaosakeyhtio SF, the largest shareholder of the Fennovoima consortium which is due to build the Hanhikivi nuclear power plant on the Finnish Hanhikivi peninsula, brought in a new Croatian partner - Migrit Solarna Energija - considered an unknown player in the energy market having only been established three years ago.

"Our company aims at investments in energy projects that reduce carbon emissions, this covers renewable sources as well as nuclear power," Plivelic said adding that the company already has a solar power park producing electricity in Croatia.

The Croatian company is set to take around 15 percent stake in Voimaosakeyhtio SF giving Migrit 9 percent ownership rights in the consortium.

"Our interest in the Fennovoima consortium is purely commercial," Plivelic said, adding that the nuclear project is very suitable for their goals.

"Fennovoima's nuclear power project is in line with our strategy of investing in alternatives to fossil-based energy. We have been looking for suitable emissions-free energy projects in Europe for several years, so it suited our strategy very well," she added.

The shares of Fennovoima are divided between Finland’s energy company Voimaosakeyhtio SF with a 64 percent share, while the remaining 36 percent are owned by RAOS Voima Oy -- a subsidiary of Rosatom.

Rosatom and Atomproekt signed an agreement for a full set of designs for the Hanhikivi 1 nuclear power plant owned by Fennovoima to be built in Helsinki. The agreement was signed for engineering, procurement of equipment and turnkey construction of the nuclear power plant.

The proposed plant is a joint venture between Fennovoima and Rosatom which was agreed on Dec. 21, 2013.

The construction of the Hanhikivi nuclear power plant is expected to cost around 7 billion euros.

This news is a total 2529 time has been read
Tags: Finland, nuclear, partner, Croatia, unknown, partner