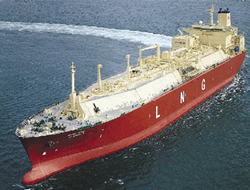 Vessel operating costs are expected to rise by more than three per cent in both 2013 and 2014 according to a new survey by international accountant and shipping consultant Moore Stephens.

The survey is based on responses from key players in the international shipping industry, predominantly shipowners and managers in Europe and Asia. Those responses revealed that vessel operating costs are expected to rise by 3.0 per cent in 2013, and by 3.2 per cent in 2014, with crew wages and PandI insurance the cost categories likely to increase most significantly.

The cost of fuel occupied the thoughts of a number of respondents, one of whom noted, “Fuel costs remain the biggest chunk of our operating expenses due to surging price increases.” Referring to political volatility in the Middle East and increasing regulation on sulphur emissions levels, another respondent predicted that many owners would “have to switch to marine gas oil, which will involve a very big cost increase. We have already seen how the switch between high and low-sulphur fuel is causing problems for some ships, and instances of black-outs and loss of power are on the increase.”

Elsewhere, a number of respondents referred to the effect on operating costs of a significant number of older vessels still operating in the market, with one predicting, “A number of these will be squeezed out by 2014, particularly those over 25 years of age.”

Moore Stephens also asked respondents to identify the three factors that were most likely to influence the level of vessel operating costs over the next 12 months. Overall, 21 per cent of respondents (compared to 27 per cent in last year’s survey) identified finance costs as the most significant factor, followed closely by crew supply (20 per cent). Competition was in third place, with 18 per cent, followed by demand trends (16 per cent) and labour costs (13 per cent). The cost of raw materials was also cited by ten per cent of respondents as a factor that would account for an increase in operating costs.

This news is a total 1437 time has been read