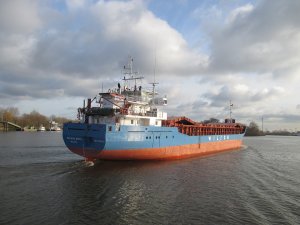 The company has entered into an agreement with an unnamed party to sell MV Wilson Reef, an open hatch singledecker built in 1975.

The 6,258 dwt vessel is expected to be delivered to its new owner in the first quarter of 2020, according to Wilson.

In a separate announcement, the company said it signed an agreement to buy the 2007-built MV Lauren C and the 2008-built MV Nicole C.

VesselsValue’s data shows that both ships are owned by UK’s Carisbrooke Shipping.

The ships, which will be renamed, are planned to be acquired during the first quarter of 2020.

Marking the company’s entry into the 5,000 dwt segment, the acquisition is said to underpin “Wilson’s

This news is a total 152 time has been read
Tags: Bulker, Wilson.