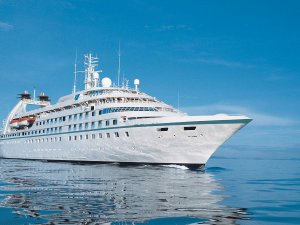 In the early hours of December 22, Windstar Cruises’ cruise ship Star Pride ran aground while coming into anchor at Isla de Coiba, Panama.

“All guests and crew are safe. Guests were disembarked as scheduled for the day’s private island event,” the company said.

Following the grounding, Windstar’s technical team inspected the ship and identified some areas of the hull that were damaged, making the ship unable to sail thus, canceling the ship’s cruise.

“Because of Isla de Coiba’s remote location, an island off the coast of Panama, the lack of infrastructure in the area, and the lack of other support vessels, Windstar arranged for sister ship, Star Breeze, along with the Tere Moana, which was also sailing nearby to transfer the guests to the mainland,” Windstar added.

Windsar Cruises said that the ship’s guests were refunded 100% of their voyage, as well as a 100% of cruise fare paid for future cruise credit. The crew of the Star Pride joined the Star Breeze on Wednesday, December 23rd.

The ship will be towed to the port of Balboa in Panama for further inspections and repairs.

As a result, the cruise ship’s voyage set for December 26th was cancelled as well.

This news is a total 7427 time has been read
Tags: Grounding, Panama, Star Pride, Windstar Cruises.