Wings at the Bow Could Smooth Passenger Ship's Ride 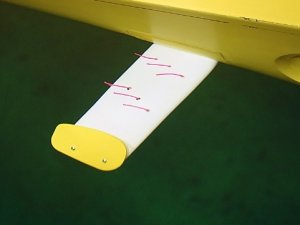 For more than 150 years it has been known that placing a wing - or a foil - may be favorable at the bow of a ship.

It both reduces the ship's energy consumption and provides increased comfort for passengers on board, but no one has managed to exploit this knowledge in real life. Until now.

In 2021, the shipping company Havila will launch a route between Bergen and Kirkenes, and will build four new environmentally friendly ships for the stretch. This opportunity caught the attention of startup Wavefoil immediately.

"We contacted Havyard Group, who designed the new boats, to hear if they could be interested in using our technology in the new vessels. They thought they were interesting and sent us the drawings of the new ships," said the general manager of Wavefoil, Eirik Bøckmann.

In the last six months there has been rapid progress for Wavefoil. This summer, Havila Group and SINTEF Ocean tested the hulls of the new vessels in the shipbuilding tank in Trondheim. On the bow, the model boat has two foils. The final results after testing are not yet complete.

"But the results look promising and in line with expectations. We expect to achieve fuel savings on the Bergen-Kirkenes route on average four to five percent," says Bøckmann. "Another great advantage of the foils is that they dampen the ship's motion and will increase the comfort onboard. Comfort is very important for passengers on the coast, and this in itself can also contribute to increased turnover."

Based on NTNU research

The story of Wavefoil started eight years ago when Bøckmann began researching a wave that could save fuel.

In 2015, he completed his PhD on the subject, transferred to a postdoctoral position at NTNU and became acquainted with a masters student, Audun Yrke. He came up with the technical solution, for how the wings could become an included part of the ship hull.

"The solution is based on the fact that the wings are folded vertically into the bow. They are in a rail system. When the foils are folded out, they are turned and locked in the correct position," explains Yrke.

Together, Yrke and Bøckmann formed the company Wavefoil, and they attracted support from the investment company Cofounder.

Many model trials have shown that the solution works in practice and that it is possible to achieve energy savings up to 20 percent. Savings must be calculated for each ship and depend on, among other things, the vessel's length, width, draft, speed range, operating profile and type of operations.

Wavefoil has estimated that the foils will withstand up to six meters of significant wave height. If it's over it, fold the foils in. If there is a flat sea, the foils have no function either.

The foil itself is made of a special type of fiberglass, which is stronger than typical fiberglass but still somewhat elastic.

"There is no restriction on the type of vessel and size, but medium-sized passenger and cruise ships, fishing vessels and ferries in exposed waters are most relevant. Our goal is that all new passenger ships in five years will have our foil module installed, "says Bøckmann.

The new company has received support from Innovation Norway and NTNU Discovery, among others. Now Wavefoil is ready to produce its first full-scale unit at Delprodukt AS at Kvål in Trøndelag.

"We have planned production start in September. Initially, it will be a small full scale unit that is 3.5 meters high. It is suitable for a ship of about 40 meters," says Bøckmann.

On August 24, the company has its own kick-off at NTNU Accel in Trondheim. Here, it has opened the possibility for the general public to buy shares through the folkeinvest finance platform, which is a web platform designed precisely for startups to be able to raise capital.

"We are hoping to collect between two and four million kroner, and that many can imagine investing in technology for a more environmentally friendly shipping," says Bøckmann.

This news is a total 752 time has been read
Tags: Wings at the Bow Could Smooth Passenger Ship's Ride